Since earlier this year, it seems like Budden has become the angry old man in hip hop’s neighborhood screaming at these new young artists to get off his lawn. Migos and Lil Yachty have taken the brunt of his criticism and anger as of late.

What started as a tense interview nearly culminated in physical altercation at the 2017 BET hip hop awards.

Budden and his crew from the show Everyday Struggle caught up with the Migos trio on the red carpet. DJ Akademics spearheaded the interview and honestly handled it like a true professional. Cordially and amicably he tried to talk music with one of the world’s most relevant groups. Let’s be honest, Migos’ brand definitely has the clout to bring ratings to Everyday Struggle.

So in a business sense, the smart move would be to do the interview and leave emotion and personal issues out of it. Welp, not Joe Budden. His hot temper and contempt for the mumble rap phenomenon must have overwhelmed him. He literally dropped the mic in disgust and walked away. Migos took great offense to his attitude and all stood up. It appears as if they’re ready for a brawl in the clip below. Take a few minutes to watch and see the butthurt flow through Budden!

This is actually the second instance where Budden plays the “old mad ni**a” card (his words, not mine). In another Everyday Struggle interview with artist Lil Yachty, Budden plays the quintessential devil’s advocate. Budden’s overly critical opinions come off as hateful or even jealous at times. Say what you will about Budden, but the man is self aware. He realizes his coming off angry and frustrated is a bad look and tries to bring it down a level.

Budden’s passion for what he considers to be real hip hop is undeniable. 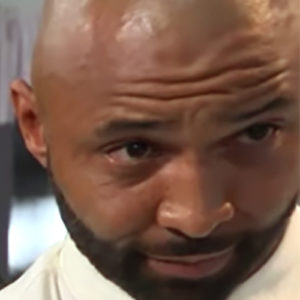 This man has dedicated his life to the craft of lyricism, and he truly believes Yachty is destroying it. In the sense that complex lyrical structures and rhyme patterns aren’t prevalent or important to Yachty’s brand of music, Budden is correct. Yachty is really a threat to JB. You may say, “Fuck Yachty! Budden’s got that fire!” To which I would respond in agreement. BUT, if artists like Migos and Yachty change the definition of what good/great hip hop is, Budden’s career and life work could be for naught. 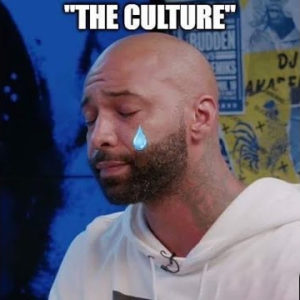 Pump up the hip hop culture

As styles and taste evolve, there are always going to be people holding onto the past.

I believe that is Joe Budden’s struggle right now. He’s seeing less technically sound lyricism be trumped by style and production value. Although I absolutely agree with Budden to a point, the fact is that art and what’s popular in art is ever changing. It would do Budden good to focus on his own craft and progress what he believes is great music. This way Budden can compete with the new trends and possibly even crush them. Good luck to struggling hip hop heads out there. I think it’s going to get worse before it gets better.