Music super-stardom is a level almost every aspiring musician wishes to achieve. 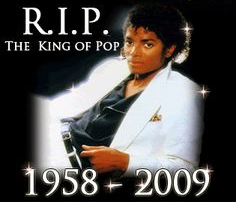 Each musician that has reached the highest levels of stardom will tell you for every positive aspect there is a negative. For example, the king of rock n roll, yes, Elvis Presley, couldn’t even enjoy his stardom for psychotic fans surrounding him everywhere he went. He ended up dying of overdose alone on the toilet. Does that sound like a happy man? Michael Jackson had such a rough private life that he stayed constantly sedated toward the end. He also died from a drug overdose. The list goes on and on really. The reality is this: Family and ‘friends’ constantly asking for money and opportunity, women chasing you that are only interested in your money, and sharks in the industry using you for their own benefit. Those are just a few pitfalls. If you’re still interested in stardom, you are a brave soul, and I urge you to continue reading.

The Record deal. The most coveted achievement in music. After putting in countless hours of work, doing shows for shit money, and gaining a solid following, this is the reward. Honestly, a record deal may not be what you’re thinking it is. Lots of artists flop and end up owing money to a major label.

Here’s how it plays out…

In today’s industry, this deal is uncommon, but try and follow me. You inked the deal. Congratulations! You receive a $100,000 advance to hold you over until your first album is released. The label agrees to spend $750,000 on production and another $400,000 on promotion. So, you’re already on the hook for $1.25 million. You HAVE to recoup that money to see any royalties at all.

To put that in perspective: Gucci Mane’s album ‘Everybody Looking’ has sold a little over 43,000 physical units as of August 8. His biggest and best selling album yet. Now this is only in his first week, but Gucci is a staple in mainstream hip hop. Unknown newcomers should not expect these sales numbers. So let’s say for each album you are credited $10 (also uncommon). Your first album would have to sell 125k units just to break even on your initial $1.25 million. This is not an easy task!

As a contracted artist, you are responsible for showing up when and where the label requires. That’s just part of the job. Feeling sick today? Too bad… There’s a 20 hour flight to Australia followed immediately by a meet and greet and performance. There is no calling out. The label will find you and physically drag you to your obligation. Sure, you get vacations and luxurious accommodations, but what do those things mean when 320 days out of the year you are away from friends and family? Still wanna be a superstar? If you answered yes, you are a stronger and braver soul than myself.

We all want to do what we love for a living. If you love to make music, surely you will want to be noticed and praised. There are many ways to go about this, though. With the internet, you are provided an opportunity to create your own way in the music biz. If you still want to go the traditional route with a major label, I bid you good luck! And when you reach stardom, remember this article and ask yourself again, “Do I really want to be a superstar?”