Hip hop is a constantly evolving organism. From the days of Cool Herc to the introduction of gangsta rap in the 90’s to now.

The internet has brought about a new kind of artist. An artist that can play the game by their own rules and still succeed. We have had a revolution where YouTube views are more valuable than album sales in some cases. Music is more available than it ever has been. Now that the listener can access music for free, artists are forced to find other ways of turning a profit. Sponsorships, shows and merchandise seem to be the new way an artist earns supper. 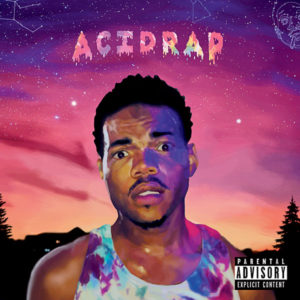 Chance has become a major influence in Hip Hop’s new wave of entertainment.

Chance the Rapper has made some bold moves in recent months. His pleas for the academy to consider free releases like mixtapes for Grammy nominations have been heard. Mixtapes and free albums with large scale releases now have a shot at winning a Grammy award. Much to the big label’s chagrin, we now have legitimate artists giving away what use to be more valuable than gold.

Folks, this is a MAJOR turning point in the music industry. Chance has recently helped move the music industry into a completely new direction. I predict we will see a trend in free music from most popular mainstream artists in the very near future. This is likely to topple the already weakening music industry.

For the listener, this means more access to music from your favorite artists without thinning your wallet. Instead of purchasing downloads and CDs, hopefully the listener will buy a ticket to their favorite artist’s show or purchase a T-shirt to support their musical endeavors.

Also, many artists are earning big bucks through corporate sponsorships. Drake has Nike and Sprite, Young Thug is the face of the new Calvin Klein collection, Kanye West has his Yeezy shoe deal, and the list goes on. I believe artists can still thrive and give away their music for free. True fans will want to support their favorite artists with hopes that they will keep producing great, listenable music.

Big business has definitely taken a hit, though. I doubt the major record labels will go down without kicking and screaming. We can expect them to use their billions of dollars and fancy lawyers in attempt to stop this new trend. BUT the people have spoken. We want the music for free, and as the main source of revenue for the industry, I suspect we will ultimately prevail.